What is Spiritualism? Is it a religion? Is it a science? Is it a philosophy? Does it deal with the living or the dead? Is Spiritualism a concept indigenous to modern minds, or does it have its roots buried deeply within ancient mysteries? Does Spiritualism deal with "things that go bump in the night" or is there a more meaningful side to it? How does Spiritualism relate to other religious beliefs? Is it in opposition to those beliefs? Are there any references to Spiritualistic concepts and phenomena in the Bible? What is a Spiritualist Church?

These are all questions which any serious investigation of Spiritualism must address. The study of Spiritualism and its implications to the matters of the spirit is, truly, a lifelong pursuit. Knowledge is wonderful; something which the serious student should always strive to attain. But knowledge alone is not enough. Once the objective facts of Spiritualism are mastered, the fascinating process of transformation must begin. That transformation is a process whereby knowledge (the acquisition of fact) becomes digested, assimilated, and synthesized into wisdom (the use of that knowledge in order to further the unfoldment of soul qualities for the benefit of self and others).

So, let us begin. Before we do, though, I should indicate that the First Spiritual Temple has never been part of the organized Spiritualist Church body; thus, our views and perceptions on Spiritualism may differ from those of more traditional Spiritualist Churches. As usual, the best place to begin is at the beginning: what is Spiritualism?

The birth of the Modern Spiritualist Movement is most widely accepted as having taken place on March 31, 1848, with the events surrounding the Fox family, in Hydesville, New York. In reality, though, Spiritualism is as old as humanity. Spiritualism, in its pure essence, has its roots in ancient religion and spirituality. In effect, Spiritualism represents the alternative to Materialism. Furthermore, it is the basic essence from which all religious thought appeared and continues to appear on this great Earth plane. As such, Spiritualism really belongs to no group, nor to any religious movement or denomination. It is a gift from God, given to all people, of all faiths and denominations.

Spiritualism, itself, as a concept of communication between those in the body and those in Spirit, has been a part of the human story for centuries. The Old and New Testaments are, in effect, a grand recording of ancient Spiritualism; they talk about spirit intervention and communication from approximately 1800 B.C. to around 200 A.D. Throughout their pages, we are warned to discriminate carefully between true and false prophets. Many were the people of Biblical times who were admonished to "test the spirits".

Beliefs in Spiritualistic concepts were not confined to Biblical personalities alone. Boscawen, the famous anthropologist, states: "In dreams and visions the primitive Akkadians no doubt saw, as they declared, the shadowy forms of departed human beings." He further adds, "Inscriptions as early as 3800 BC on tablets show their beliefs in ghosts and spirits."

Before discussing the precarious events which surrounded the birth of the movement known as Modern Spiritualism, we must look at the work of two men who helped lay the groundwork for the events which took place on that fateful evening of March 31, 1848: Emanuel Swedenborg and Andrew Jackson Davis.

The 6 Types Of Unhealthy Eaters

And What Triggers Their Bad Habits 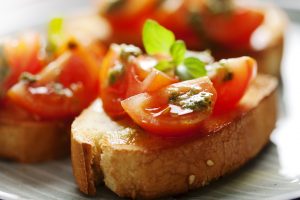 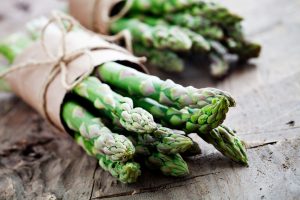 Pasta is the secret ingredient for a healthy lifestyle
Comment

The body is perfectly capable of maintaining its own pH balance.

Chakras are part of the subtle body, not the physical body.

This article will make your backstage experience amazing!

Do You Fall Asleep Meditating? 6 Simple Strategies To Help

Why You Should Set Your Alarm Early.